Scientists studying glaciers in Antarctica have observed that when large icebergs calve, break off, and bang against the front of the glacier, they generate enough force to cause earthquakes1,2. The seismic waves from these glacial earthquakes are recorded at seismic stations hundreds, even thousands of kilometers away.

The Thwaites Glacier in Antarctica is roughly the size of Florida (or 4 times Switzerland) and is responsible for approximately 4 % of all sea level. rise1,3. It regularly releases icebergs several hundreds of meters across, but some of the icebergs do not just drift away peacefully. By combining satellite imagery with traditional recordings of seismic waves, researchers have shown that the seismic events were in fact a result of iceberg breakoff2.

Typically, glacial icebergs that break off in Antarctica are wider than they are tall because the ice shelves float over the deep underlying bedrock. When icebergs break off these floating ice shelves, they continue to drift away smoothly.

However, the Thwaites Glacier has lost most of its floating ice shelf, resulting in icebergs that have very large height to width ratios. Since the icebergs are taller than they are wide, they are top heavy and unstable causing them to want to flip over after they break off. When they begin to flip, the icebergs roll backward and collide with the new edge of the Thwaites Glacier. As they capsize and bang against the glacier’s front it launches seismic waves that are recorded by seismometers over a thousand kilometers away. This type of break off behavior is common in Greenland, where the edge of the glacier is grounded or close o the bedrock4, but this is the first observation of this behavior in the Thwaites Glacier in Antarctica.

The researchers have also identified over 600 ‘tiny temblors’ that occurred prior to the ice-sheet break off1,2. They believe that the signals are indicating accelerating failure before the iceberg finally breaks off, much like foreshocks that occur before large earthquakes.

For visualization, researchers from Swansea University captured stunning footage in 2010 of a 4 km iceberg calving in Greenland that caused an earthquake recorded by seismometers across the globe5.

Quinn Wenning is a postdoctoral researcher at the ETH Zurich. His work focuses on structural, fluid flow, and rock property characterization to minimise uncertainties and risks related geological carbon capture and storage. This method is meant to remove CO2 emissions from the atmosphere and store it in the subsurface. 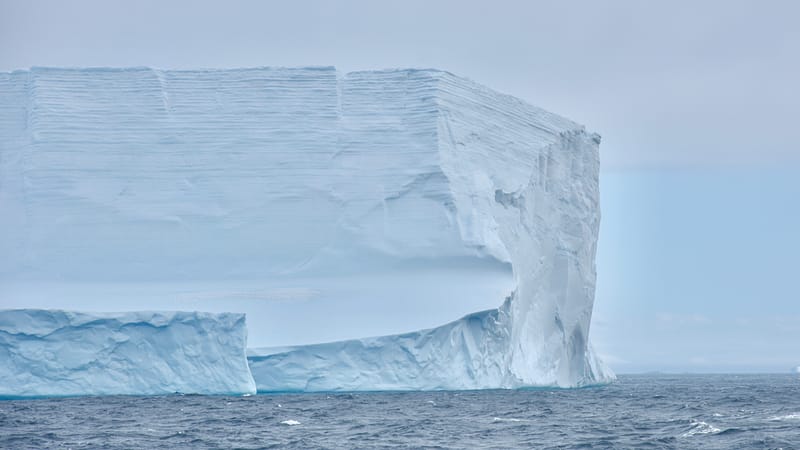 PrevPreviousPresident Macron, please, one more step towards Recogn.ice!
NextWe are here to brighten up your home ice-olation!Next
Take me back to the overview 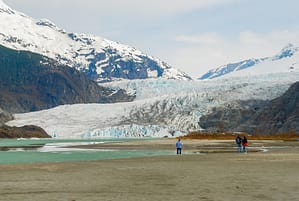