the featured picture says it all. The Arctic is mesmer.ice.ing! This photograph is taken on the 18th of July, from a Zodiac inflatable boat in front of Monacobreen, which is one of Spitsbergen’s most iconic glaciers. It is about 40 kilometer long (!) and 3 kilometer wide at its front. It is currently surging, which means the glacier front is advancing at the moment. This is due to a change in thermal conditions at the interface between glacier ice and the underlying rock and sediments. This process typically lasts a few years, after which the glacier will slow down it’s forward motion and retreat again.

This temporary forward movement also explains the intensity of crevasses visible in the picture, resulting in the large amount of icebergs that we had to navigate through.

For everybody that would like to know more about the surging of Monacobreen that took place in the 90’s and about surging in general, here’s a good scientific paper on it.

In the future, such scientific papers will be rewritten by us to turn them into accessible and quick-reads. Also, terms like surging will be explained in a separate part of this website.

For everybody that would like to see some more pictures of Monacobreen and surrounding, here you go.

That’s it for now. New passengers are almost embarking our ship in Longyearbyen again, which means we will be out and about, scouting for sea ice, beautiful glaciers and polar bears.

Warm greetings from the fresh north, 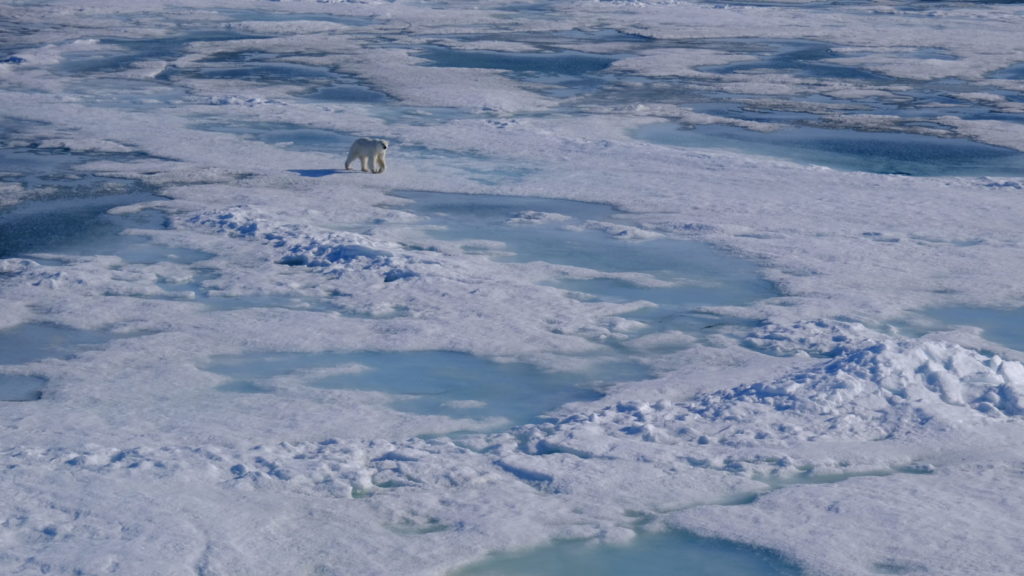 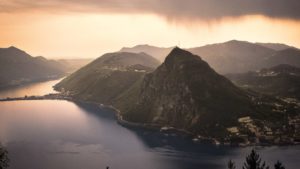 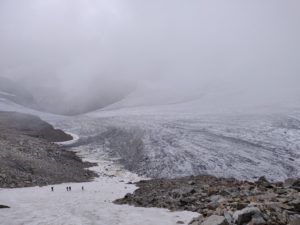